Their Eyes Were Watching God
Rivers are perhaps one of the most interesting occurrences of nature to observe. While they are common throughout the world, rivers have many qualities that make them more complex than they may appear at first glance. For example, rivers, unlike lakes, are constantly flowing and this continuous movement never allows the temperature to drop low enough to completely freeze the water. Rivers also cover great distances, picking up small mementoes along the way that they deposit in different locations. Each of these objects affects the overall composition of the river and causes small obstacles in the rivers path. A key part of examining rivers is where they begin and how they have been shaped along their journey. For example, if a river begins in the mountains it will behave differently than if it begins from a spring. Along the way, however, the rivers are altered based on how the earth moves it, such as rocks, or differing elevations of land. Both where the river originated and how it was shaped along the way influences the river’s journey to the sea. 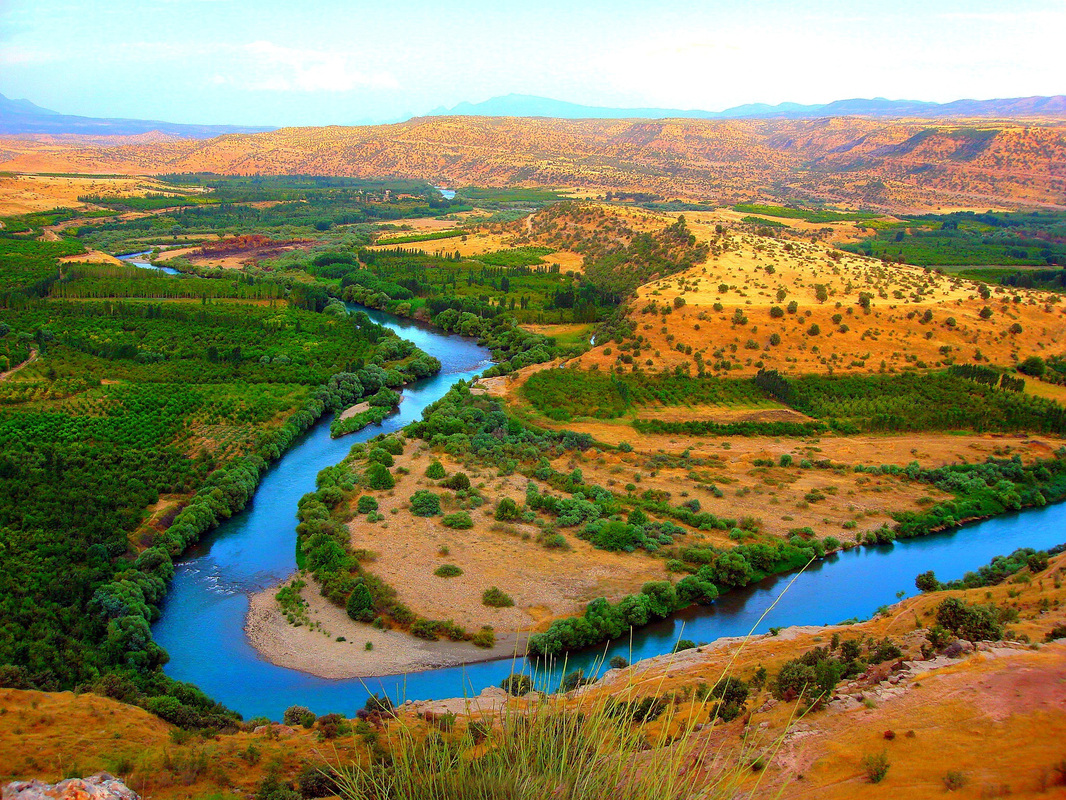 Jody seems to be everything Janie desired when she first met him. Unlike Logan, he holds her on a pedestal and constantly admires her white looks and beauty. However, Jody is obsessed with holding power over everyone around him, including Janie, which infuriates her on the inside. While she attempts to be subdued and obedient, it is simply not in her nature. She feels like her true self is squashed under Jody’s commands, especially when he keeps her from expressing herself. For example, Jody requires Janie to tie up her hair in the store so that other men can’t admire it. Janie’s hair is not only a symbol of her whiteness, but also a symbol of her personal power as an individual, something Jody despises and is afraid of to a degree. Jody also refuses to let Janie talk the other people in the town, like when he forbids her from talking on the porch of the store or from attending the mule’s funeral. During this period of her life, Janie begins to truly examine her into wants and what she desires. While she knows that she has not yet found the love she observed under the pear tree, or reached “the horizon”, she kindles her spirit. As time goes on, Jody’s health begins to deteriorate and on his death bed, Janie’s spirit finally breaks free. She expresses to Jody how overbearing and horrible he treated her, and like a dry creek bed filling with water, Janie’s life rushes ahead once more. Jody’s death left her feeling renewed and more feminine than she had before. This is demonstrated when Janie finally lets her hair down from the rags that Jody had required her to tie it up in.

A little while after Jody’s death, Janie meets Tea Cake. Tea Cake instantly adores Janie and Janie falls quickly for Tea Cake. Despite their age difference, as well as their financial statuses, Janie and Tea Cake run away together despite the rumors and grumblings of the town. While Tea Cake is not as responsible as Janie, such as when he steals her money and gambles it away, it is evident that their love for each other is strong. It is with Tea Cake where Janie feels that she has finally found the love embrace between the beas and the flowers.
During one point, Tea Cake appears to be flirting with another girl named Nunkie. When Janie approaches him about it, he defends himself, and they get in a wild argument resulting in passionate lovemaking. This only strengthens their bond and Janie’s belief that her path is finally at the place she has traveled so far to find. Later in the novel a hurricane arises, and Janie and Tea Cake decide to wait out the storm in a small shack. However, the whipping winds and quickly rising water force them out of the shack and into the storm.
Janie attempts to grab hold of a cow floating in the water, but a dog perched on its back tried to attack her. Tea Cake, attempting to defend his love, kills the dog but gets bit at first. Eventually, Tea Cake develops rabies, and he goes mentally insane. During this time Janie becomes heartbroken over her true love that seems to be slipping out of her fingers, especially when she finds a loaded pistol under his pillow. One night, Tea Cake pulls it on her and before he can kill her, Janie is forced to shoot him with a rifle. This pivotal moment in Janie’s life causes her to sick into a depression. She believes that she finally found what she desired and then it was taken from her. Janie begins to question her entire past and how she arrived at the place her is. She thinks of Nanny’s desires for her, her desires, and all the people that failed to provide them for her. However, Janie realizes that her love for Tea Cake allowed her to experience what she truly wanted, if for a little while, and she realizes how content she really is now.
The paths of rivers are unique to each. Their winding paths overcome great obstacles, boring through rocks, hurling themselves over mountainsides and run drying at times. Along the way they each picked up small items, which at times blocked their paths. Some of these items they carry with them on their journey, and others they deposit onto the banks and leave them behind. However, each river’s journey to the sea is shaped by everything around it, and in return shapes those things as well. In “Their Eyes Were Watching God”, each character was shaped by their past which influenced their journey. The issues and stereotypes of black vs. white, the struggle for power and control, and the desire to find love all influenced the character’s actions and the actions of those around them. The fact is, nature and nurture in people’s pasts influence the purpose and directions of their future. Just like a river that begins in the mountains, it begins gravity pulling it downward, but the shaping of the earth is what winds it through the trees. Similarly, Janie was raised with the forced ideals of Nanny, but it is how she responded to these desires, as well as her own and the influence of others, that led her to where she ended her story. Although the path of her life was not smooth and free of obstacles and pain, Janie’s story proves that indeed, our lives are influenced by our pasts…but we can each shape our futures. 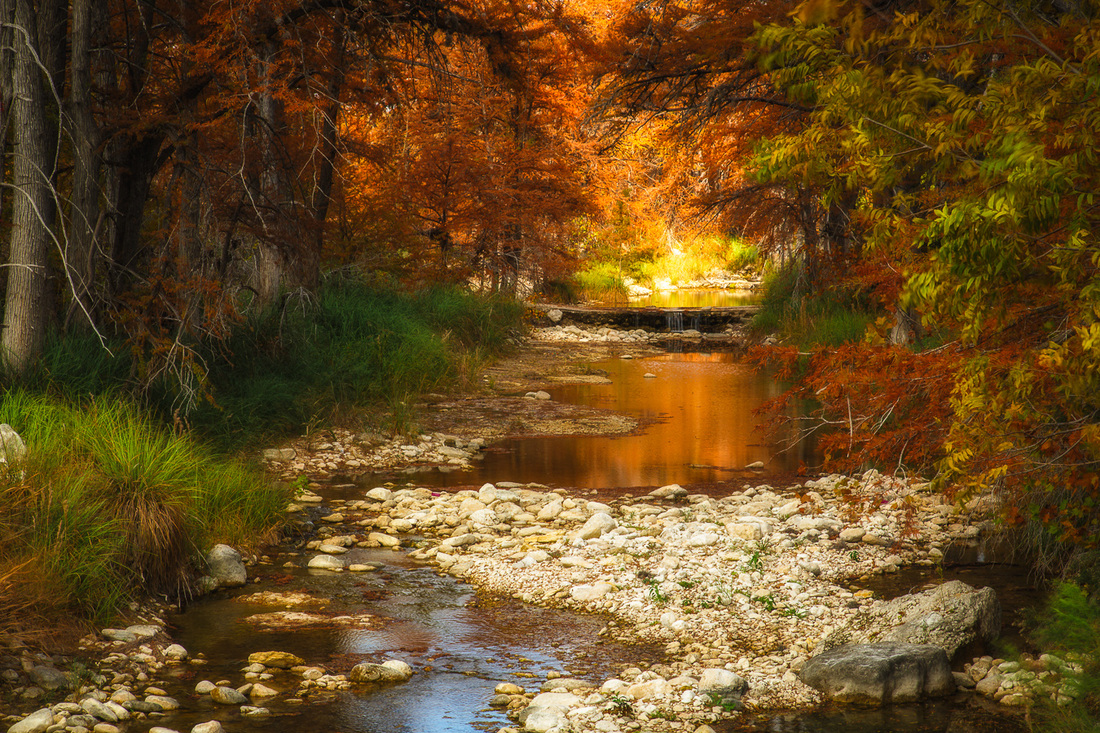